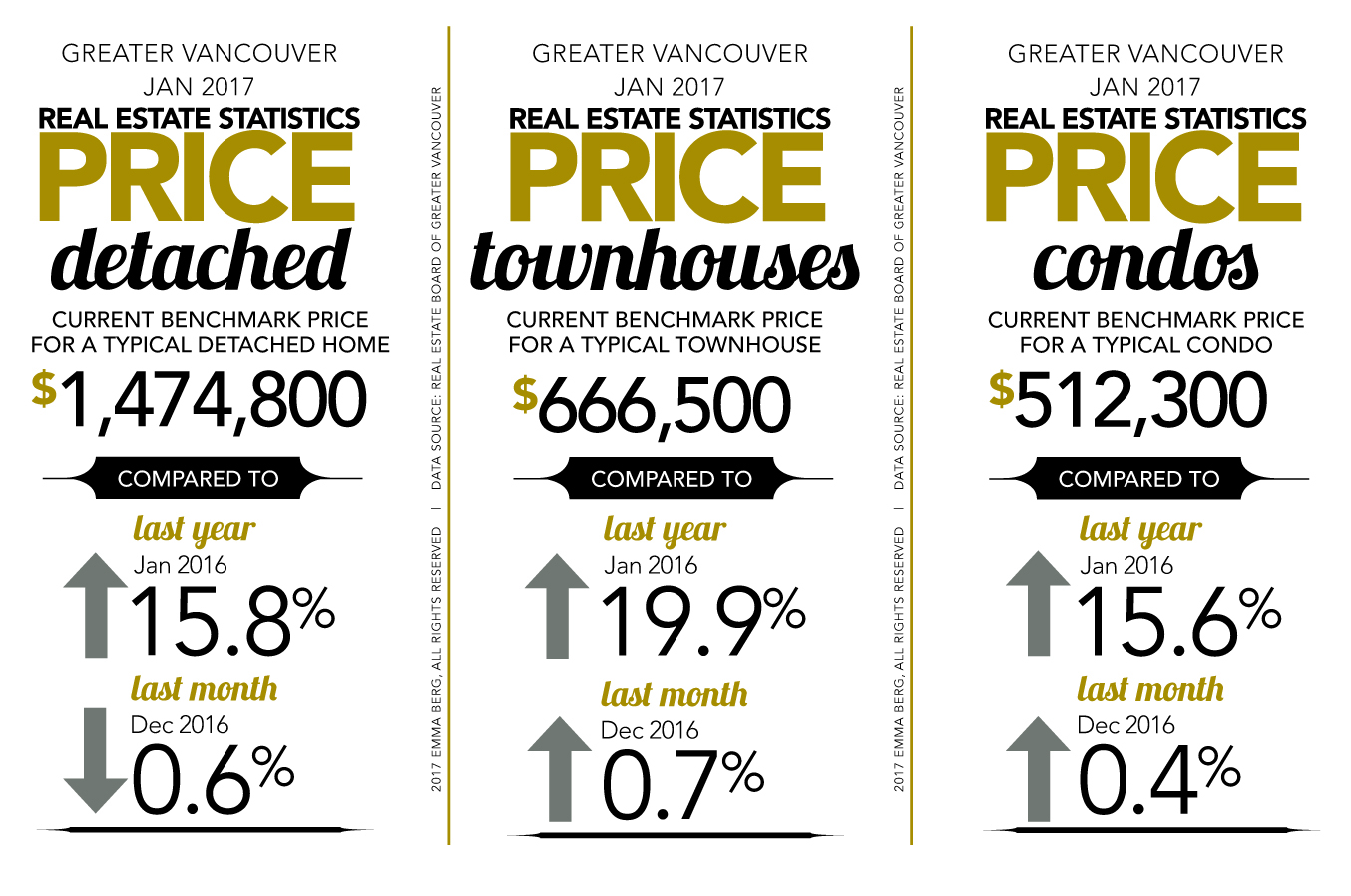 Home sales and listings trends are below long-term averages in the Metro Vancouver housing market. This is due largely to reduced activity in the detached home market.

Last month's sales were 10.3% below our 10-year January sales average.

"From a real estate perspectdive, it's a lukewarm start to the year compared to 2016," Dan Morrisson, Real Estate Board of Greater Vancouver (REBGV) president said. "While we saw near record-breaking sales at this time last year, home buyers and sellers are more reluctant to engage so far in 2017."

The sales-to-active listings ratio for January 2017 is 21%. This is the lowest the ratio has been in the region since January 2015. Generally, analysts say that downward pressure on home prices occurs when the ratio dips below the 12% mark for a sustained period, while home prices often experience upward pressure when it surpasses 20% over several months.

The MLS Home Price Index composite benchmark price for all residential properties in Metro Vancouver is currently $896,000. This represents a 3.7% decline over the past six months and a 0.2% decrease compared to December 2016.

This entry was posted on February 7th, 2017 | Posted in General