STATS AT A GLANCE: Days on Market, September 2016

Have home sales come to a screeching halt since the new mortgage rules and foreign buyer tax were introduced? No one can predict what effect those changes will have on the market, but the next few months will tell. For now, here is an infographic that tells you the average number of days it's taken homes (both detached and condos) to sell in September 2016, as compared to the previous month and the same time last year. 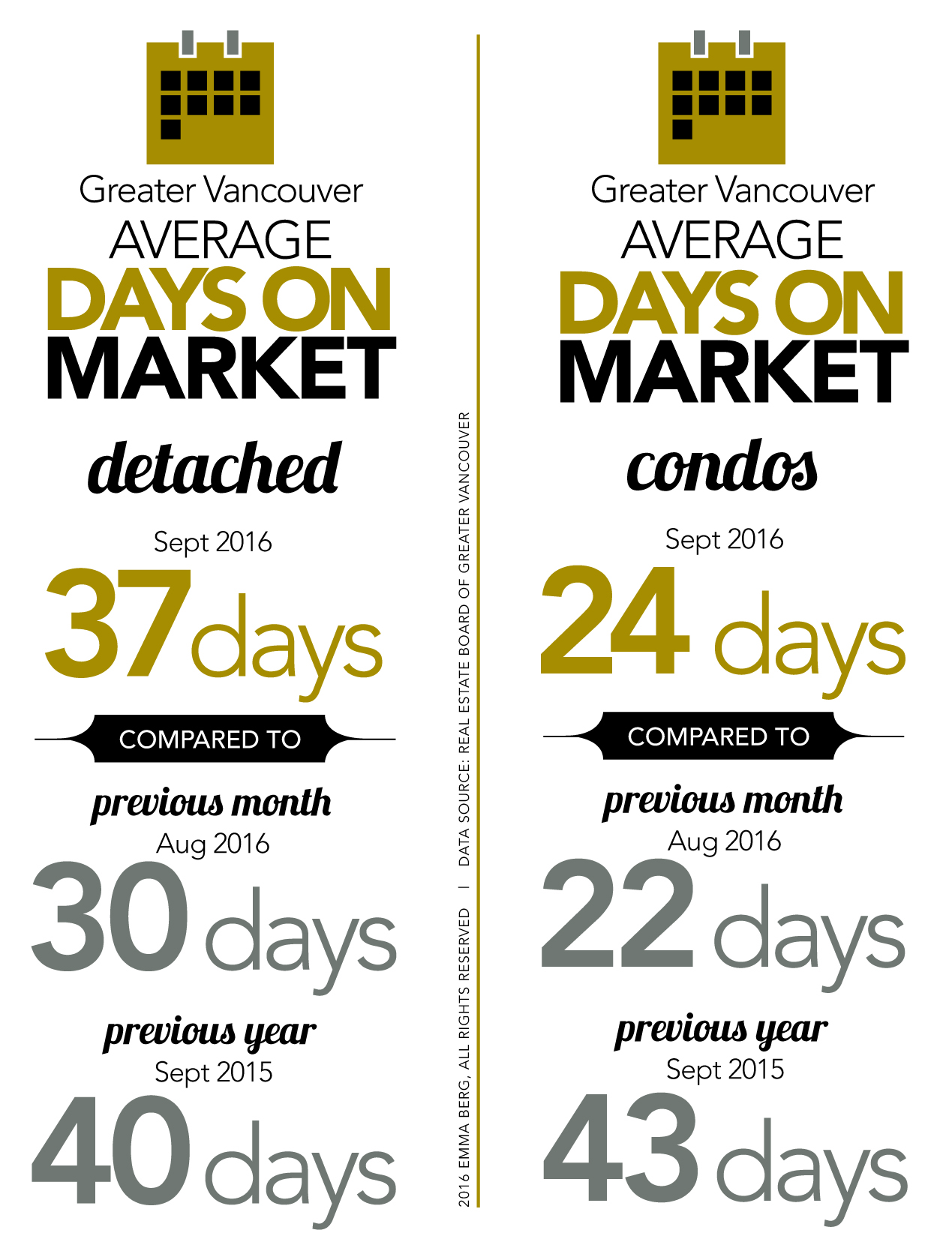