“Demand remains elevated and listings scarce in the attached and apartment markets across Metro Vancouver,” Jill Oudil, REBGV president said. “Buyers in the detached market are facing less competition and have much more selection to choose. For detached home sellers to be successful, it’s important to set prices that reflect today’s market trends.”

Generally, analysts say that downward pressure on home prices occurs when the ratio dips below the 12 per cent mark for a sustained period, while home prices often experience upward pressure when it surpasses 20 per cent over several months.

Want to know much one- and two-bedroom condos are selling for, according to the latest January 2018 statistics? Here's a round-up of the numbers. 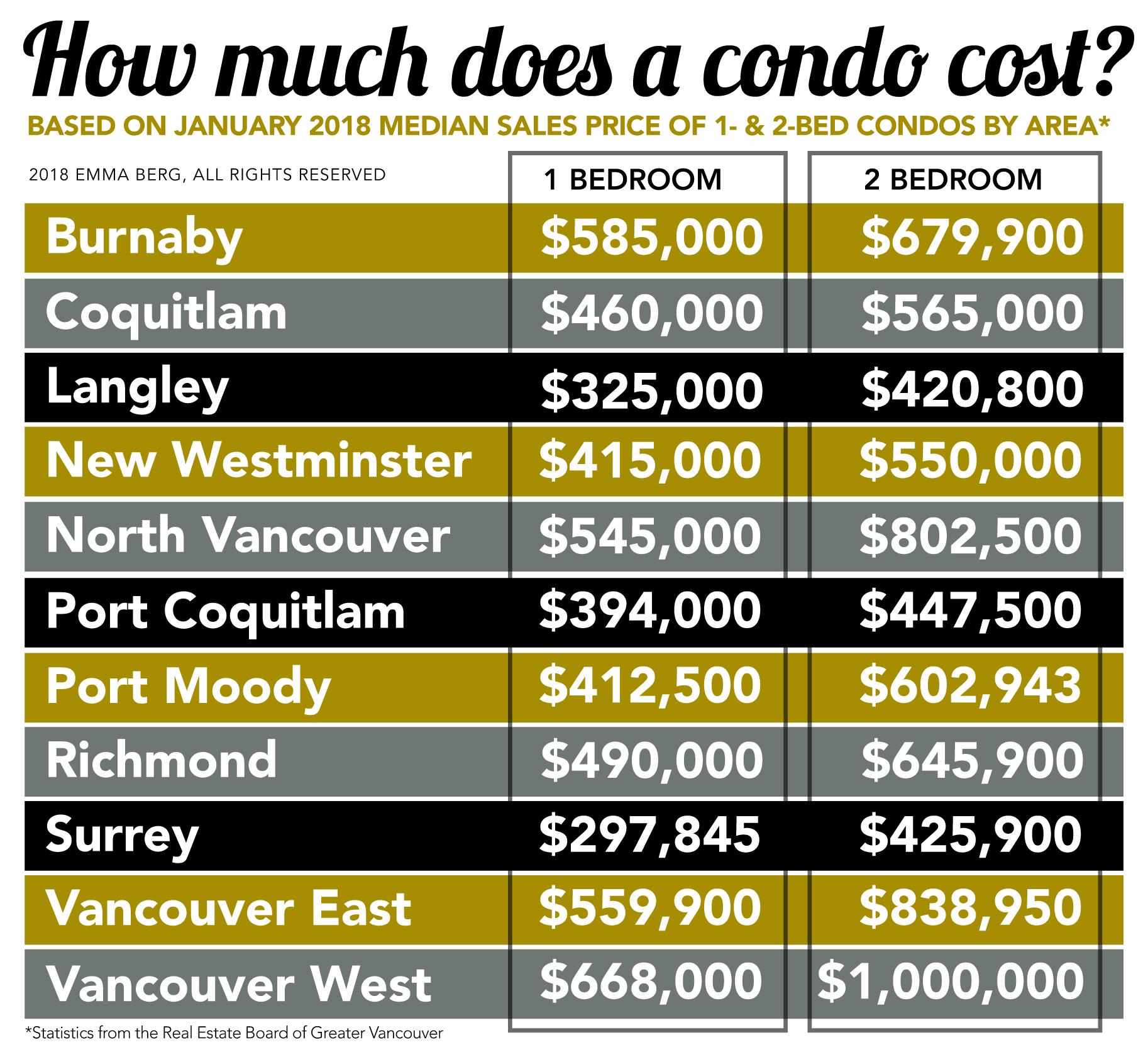 This entry was posted on February 5th, 2018 | Posted in General